What is Transgender Lingerie? A Cis-Gender Guide

June is Pride Month in both Canada and the USA. For readers in the UK, February is Pride History month but there are UK pride events going on in June as well.

For those not familiar with Pride Month, it is a month not only to celebrate being queer: it is a month to celebrate the right to exist without persecution. This is a concept some countries – like the USA with their war on transgendered bathrooms – have not quite figured out yet.

During the month of June, you will see the term LGBT (LGBTQIA+, LGBTQ, etc.) spring up in many articles focused on gay rights, pride parades, and queer lifestyles. LGBT – the basic acronym – stands for Lesbian, Gay, Bisexual, and Transgender. However, the majority of these pride month articles will focus on gays and lesbians, with a smattering of bi and a minuscule dash of transgender if there is any mention at all.

As blogger Erica from The Polycule said recently on Twitter: “This pride month let’s pledge to not say LGBTQ when we actually mean LG(b)”. Point taken! In honour of Pride Month, I am focusing on the “T” in the LGBT acronym and lingerie that has special significance for the transgender community.

A quick note: this is the ‘transgender for dummies’ definition. Gender, as we understand it, is not an either/or equation. Gender is like a sliding scale or a spectrum, where you may find yourself at either extreme or somewhere else along the bar.

Some transgender women and men go for surgery to make their physical anatomy more closely align with their gender identity. Others choose to never go through surgery (or lack access, funds, etc.) and live in a body that does not align with the way they feel. In the latter case, lingerie can help bridge the gap between appearance and gender identity. Below, I outline functional lingerie for transmen and transwomen. 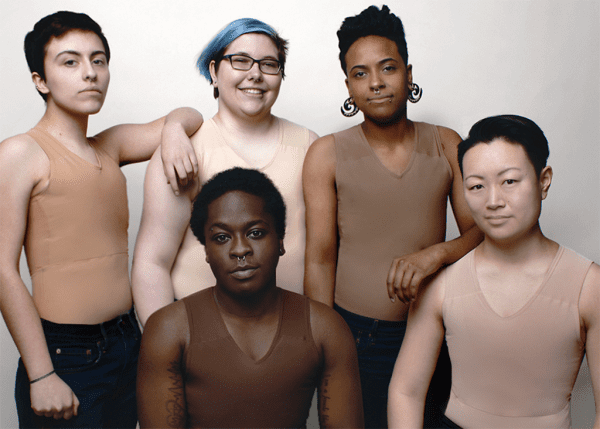 Binders are reinforced tops that pull the breasts in towards the body, thus minimising their appearance. Binders come in different mediums: a chest band, a cropped vest, a full shirt, and more. They also come in different strengths: from light binding to more heavy duty binding for larger breasts and/or complete minimisation.

Gc2b recently made headlines with their line of nude binders (pictured above) available in five skin tones. They are just one of many companies making binders these days. Danae is one of the few companies I know of who makes a chest binder band instead of a full or half top, leaving you to style it as you please.

While one might think that binders are exclusively transgender lingerie, they are also quite popular among the cosplaying community. Superman looks great with boobs but a more authentic Superman cosplay is better with a binder. 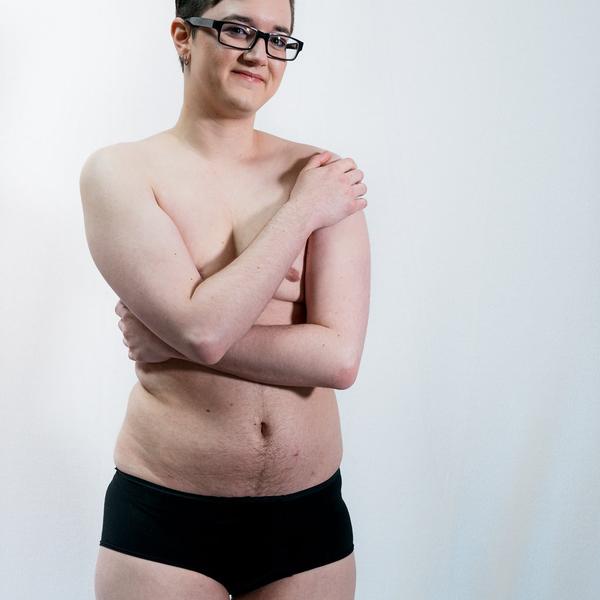 Packing briefs are underwear that both accommodate a packer or stand-to-pee (STP) device and hold it secure. They come with a built in pocket to fit the packer and may have extra features such as padding for comfort/bulk or extra straps for security.

Packing briefs are not worn solely by transmen; they are also worn by many gender fluid people for whom packing is part of their gender expression.

RodeoH is known for making packer-friendly briefs, which are briefs with a simple hidden pocket that can be worn with or without the packer. Bluestockings Boutique, an online lingerie shop that specifically caters to the queer community, sells eco-friendly Bamboo Packing Briefs by Origami Customs. The briefs (pictured above) are designed to work with both an STP device and a packer. 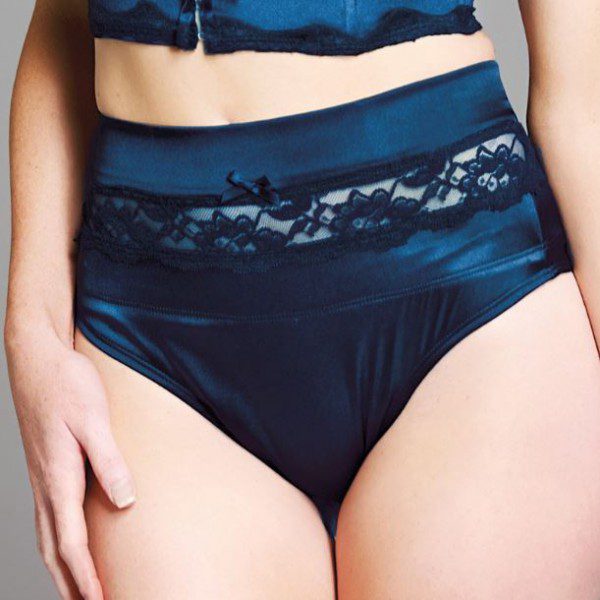 A gaff is underwear designed to smooth tucked genitals (penis and testicles), thus presenting a clean visual line. The wearer tucks and then the gaff – made of strong or reinforced material – is designed to keep everything in place, smooth, and hidden from view. Most gaffs come in a thong or t-string as only the front bits need controlling.

Transwomen who are pre-surgery or who opt not to have surgery will sometimes wear gaffs to help mold their physical appearance in order to more closely resemble their gender identity.

There is a large selection of affordable gaffs at Suddenly Fem (pictured above). They come in many bright colours and nice fabrics including satin and lace. For more luxury gaffs, try the brand Chrysalis Lingerie (currently on hiatus) – they are a luxury lingerie brand specifically designed for transwomen.

Alternatively, Lycra underwear and underwear with a front control panel can act the same as a gaff by keeping your bits tucked in and by presenting a smooth silhouette.

Gaffs also show up in the cosplay world. I was recently at a convention where a gentleman cosplayed as Leeloo from The Fifth Element (the white bandage costume) and genital control was certainly an integral part of his costume. 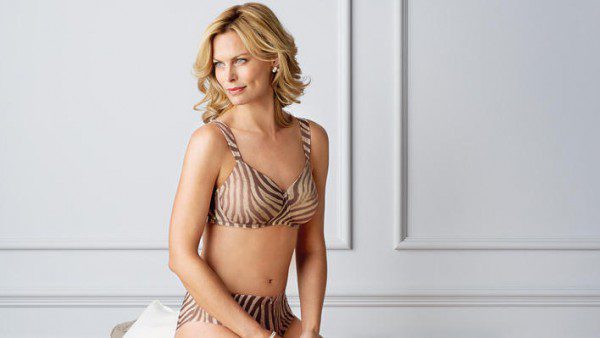 Pocketed bras are bras designed with a built-in, discreet pocket in each cup that fits a breast form. A breast form is a silicone or similar form that looks like and mimics a breast, including weight, density, malleability, and appearance. Breast forms can look so natural that some pocketed bras come in a sheer fabric.

Breast forms are generally sold separately so you can choose ones that best fit your sense of body, body size, and skin tone. Simply place the forms in the pocketed bra of your choice for an instant ‘boobs in a bra’ look.

In the queer community, pocketed bras are commonly worn by transwomen. If you plan on having surgery, breast forms can be a way to figure out what size and shape of breasts you want. Breast forms in pocketed bras give instant breasts: perfect for transwomen who are pre-surgery, do not want surgery, who are not on hormones, or those who are on hormones but have yet to grown their own breasts out to the size they want.

Pocketed bras are not exclusively transgender lingerie: they are also designed for breast cancer survivors who may have lost both breasts, one breast, or a partial breast to the disease.

Companies like Amoena (pictured above) design mastectomy bras but they are also a good place to find pocketed bras that accommodate breast forms. TheBreastFormStore is also a great website to pick out both breast forms and bras, like this sheer bra. 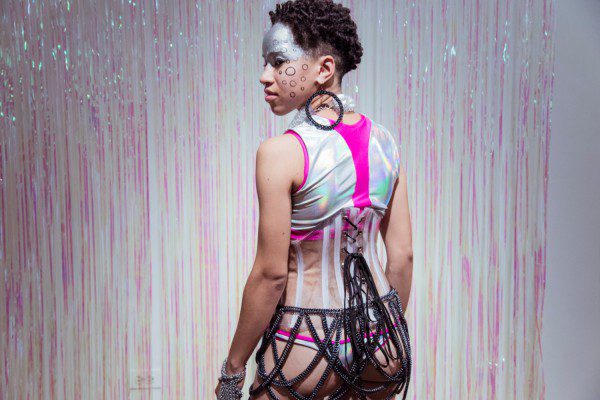 Corsets are very handy for nipping in the waist and providing a more traditionally feminine silhouette. Quality corsets made with steel boning can offer substantial waist reduction, creating a curvier appearance. The article Corset Shopping for Trans Women at The Lingerie Addict is truly a great resource considering the specific needs of a trans women.

Shapewear, like a corset, molds the body through compression. Shapewear can be used by both trans men and women to modify the appearance of their body to better align with their gender identity.

Transwomen may use shapewear to tuck in a tummy and tuck in their biological sex organs. Shapewear combined with body pads can create smooth, additional curves where they are desired, such as the butt or the thighs.

Transmen may use shapewear to minimise the appearance of their butt, their hips, and more. For transmen, shapewear is like a chest binder for the rest of the body and like chest binders, shapewear comes in different strengths for a customised compression level.

Corsets, while often thought of as Victorian-era lingerie, are making a comeback in a big way. Personally, I own several corsets and enjoy wearing them for special occasions. Shapewear is often considered a basic in any woman’s wardrobe and it is even marketed towards men who want a little non-surgical nip and tuck. 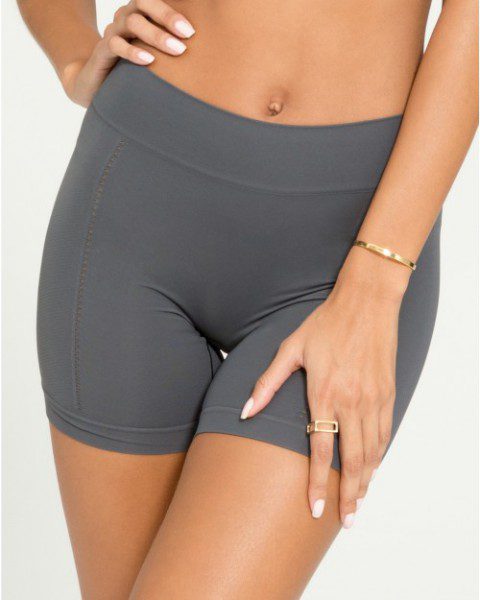 The beauty of lingerie is that it is just cloth: pieces of material sewn together to make something beautiful that sits against the skin and acts as a barrier between it and our clothing. It has no inherent gender in and of itself except what we place upon it. In the end, transgender lingerie is just lingerie. It is the same lingerie we all wear plus a few more specialised pieces.

Do you have any experience with chest binders, packing briefs, pocketed bras, or gaffs? If so, we would love to hear your story!

The product recommendations directly above are affiliate links
bindersgaffstransgender lingerie