I’m delighted to be involved with Esty’s lingerie blog and feel excited to present my new column ‘A World of Lingerie’.

What will I write about? With such a rich and diverse field to explore, I have to admit it wasn’t easy to choose a single topic. In the end, I have decided to keep things fairly broad, but with each column focusing on a different country: I will highlight characteristic brands and trends, independent and bespoke design houses, as well as a spotlight on the capital city and its shops.

And what better country to launch ‘A World of Lingerie’ than France.

What is the typical French lingerie aesthetic?

From 16th Century Franco/Italian noblewoman Catherine de Medici and her panties for horse riding, through Titanic survivor Lady Duff Gordon’s fashion empire, and on to American retailer Frederick’s of Hollywood’s first forays into a more sexy underwear; many people and institutions have contributed to what we now know of as lingerie. So much so, it would be naive to suggest the concept of lingerie was conceived by a single person or even a single country.

However, I think it isn’t too much to say that in many people’s minds, France is undeniably and inexorably linked with ladies underwear. When we think of lingerie, we think of fine French lace and elegant design. Even the words we are familiar with — ’boudoir’, ‘bra’ and indeed ‘lingerie’ itself — have roots in the French language. 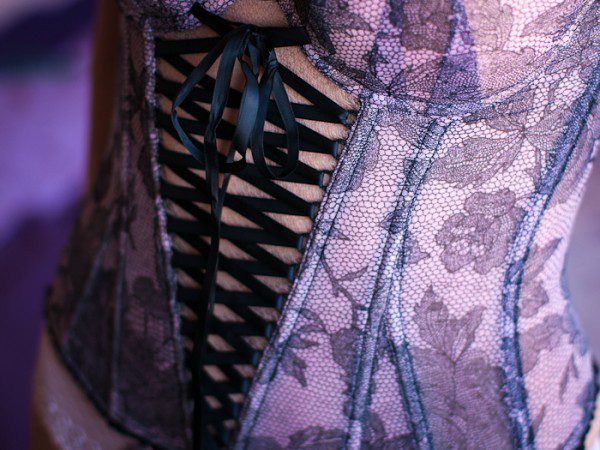 From my personal collection, a beautifully printed bustier from Chantal Thomass

When the average person conjures up an image of lingerie, the chances are it is of the French variety… that is to say lacey, delicate and feminine. For me, French lingerie is synonymous with classic style, elegance, and sophistication, intricate detailing and quality material. There is a long tradition of lingerie in France, and the influence of this rich heritage remains evident in many of today’s French lingerie design houses. That isn’t to say French lingerie is only about traditional lines and craft, but it still seems to be what they do best!

There are so many French brands, each producing stunning garments. I couldn’t possibly mention them all here, but I think these are a good place to start your journey into a typically French style of lingerie:

Aubade — founded in 1875, among the first to inject a splash of colour and unique printed motifs to their lingerie in the 1960s; Cadolle — Herminie Cadolle, the designer often credited with inventing the bra in 1889; Chantal Thomass — opened the doors for a more daring, fashionable lingerie; Fifi Chachnil — represents what I think of as a typically French/Parisian style of lingerie, i.e. light, flirtatious and feminine; Chantelle Group — one of the larger lingerie businesses in France, whose brands include Chantelle Paris, Passionata (pictured below) and Darjeeling; Myriam Girard — a contemporary designer in touch with her heritage and using the finest of French material; KS Paris — an emerging brand from a young Paris based designer; Love Me Sugar — luxurious eye masks, handmade in France. 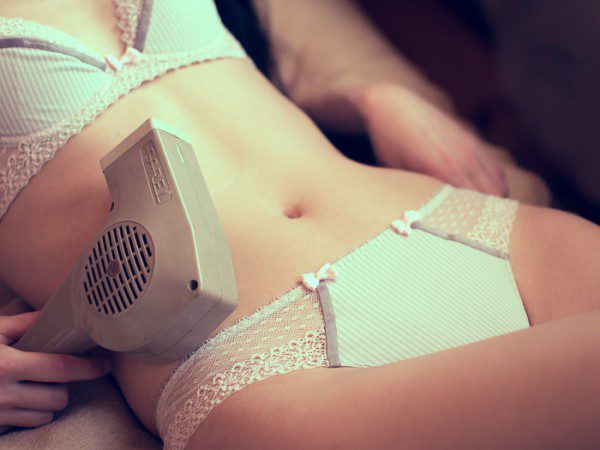 Again from my personal collection, a less exotic, but nonetheless subtly chic offering from Passionata

The best lingerie boutiques in Paris

I had a short stay in Paris a good few years ago, but that was before I was lingerie obsessed. The small amount of time I had was taken up with the usual visits to Eiffel Tower, Sacre Coeur, Arc de Triomphe, Moulin Rouge, Notre Dame and the Louvre. If I knew then what I know now — that Paris is positively overflowing with fantastic shops and boutiques, corsetieres and boudoirs overflowing with stunning lingerie — well, let’s just say I know where most of my time will be spent on my next trip to the city…

Printemps, 64, blvd Haussmann, in the 9th

I hope you have enjoyed this debut column. I’d love to hear about your favourite French brands and what you think defines French lingerie. Feel free to leave your thought and comments below, and bon voyage for now!

Hi Anonymous,
sorry for delay with reply. I don’t know Simon Perele, so I will keep an eye on this brand. Fifi Chachnil know from pictures, no actual piece of lingerie in my collection so far. About AP, well, I like it a lot although the good time when theirs lingerie was manufactured in France is past I think 🙁 They moved production to China! I’m not sure if all series, maybe the Soiree is still manufactured in France? I can only guess based on price!!!!
Thanks for comment