If you follow me on Twitter and saw my thread on bralettes (or rather, bras) the other day, then you’ve kind of already read this post. I just wanted to share it here for all of my blog readers too.

Ever since the explosion in bralette popularity, I’ve spotted more than a few brands labelling something as a bralette – also spelt bralet – when it’s clearly not. And it annoys me, because it spreads misinformation and confuses consumers about what a bralette really is. (I did a quick, very unscientific poll of 127 people over on Instagram and a quarter thought the items they were being shown were bralettes. They weren’t). Plus, for the customers who do know what a bralette is, it still makes it harder to find what they’re actually looking for. Different lingerie styles have different names for a reason!

So, exactly what is a bralette? And why do some brands insist on using the term for regular ol’ bras? Well first up, a bralette is a bra. It’s just a specific style of one. A bralette is a wireless bra that’s minimally-structured and usually unpadded. What do I mean by minimally-structured? You’re unlikely to find more than one seam on the cup of a bralette, sometimes even none. Seams are used for shaping and support, but without an underwire below the cup can’t really shape or lift your breast anyway.

When I think of bralettes personally, what usually comes to mind is a little triangle-cupped thing with thin straps and an ultra-narrow band, but they’re not all like that. Freya, Cosabella, Adore Me, Parfait and Addition Elle are just a few of the brands who’ve released bralettes for fuller figures. These offer wider bands and more coverage – perhaps don’t even have separate cups – but they’re still soft and wire-free.

Bralettes are almost certainly the biggest trend in lingerie right now, if they can even still be classed as a trend now that they’re so ubiquitous. And naturally brands want to profit from that. Most do it by, you know, actually making bralettes. But a handful take the lazy route, just sticking the word ‘bralette’ next to the wired bra they really want to sell you. 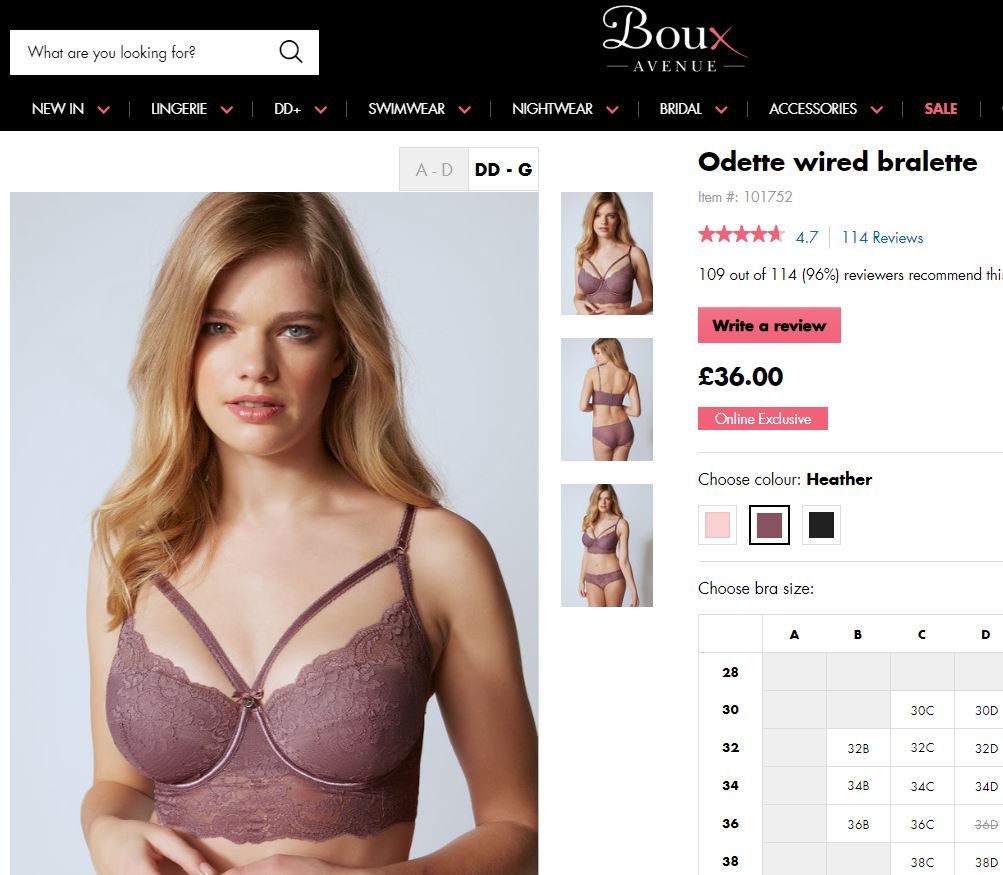 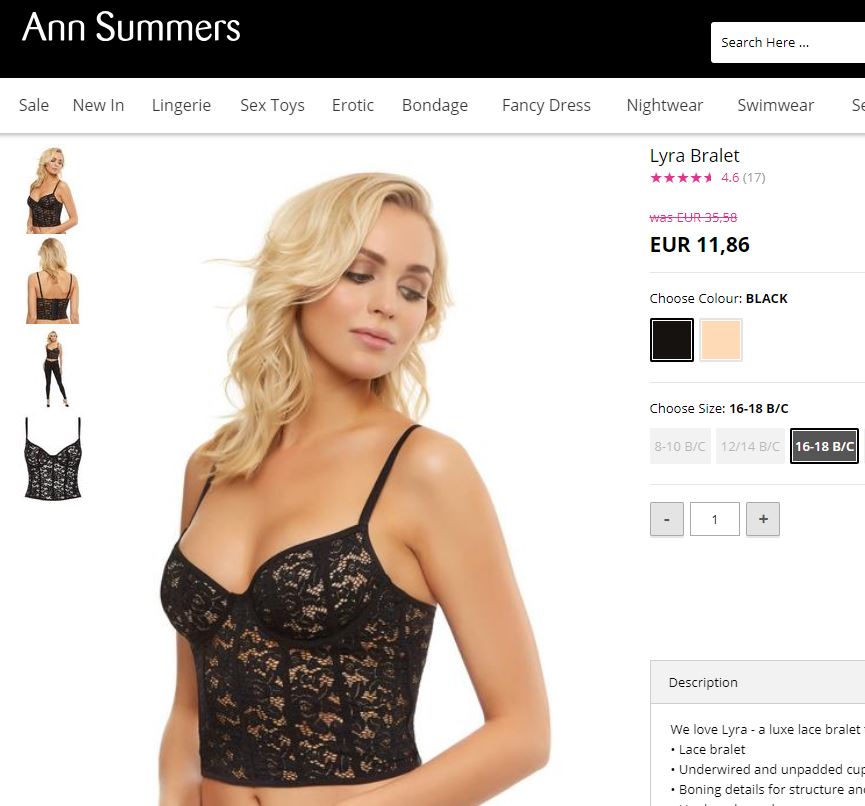 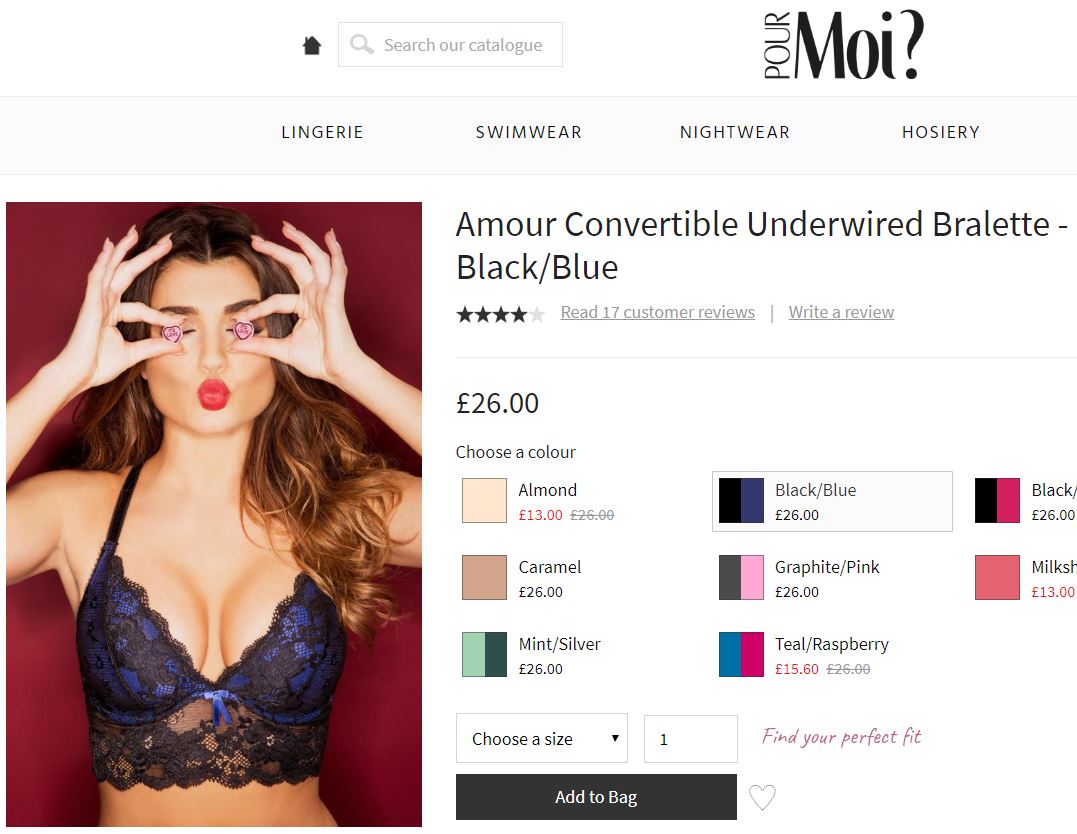 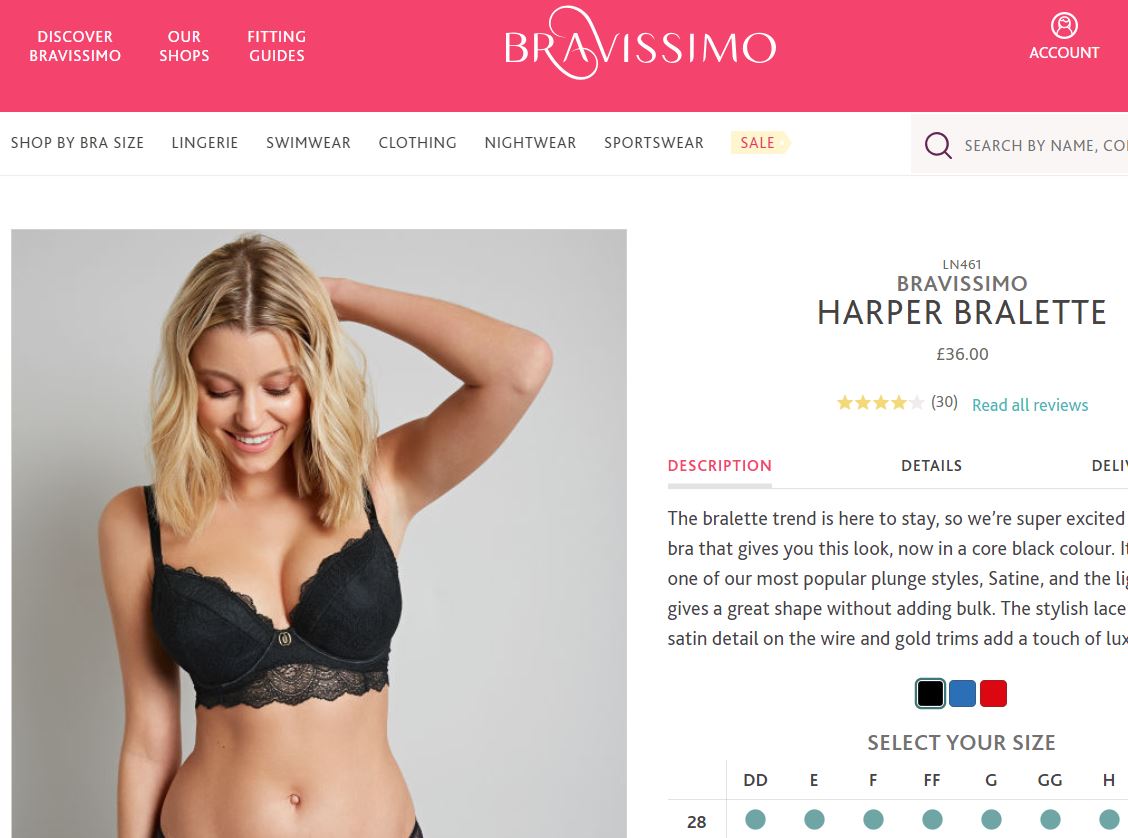 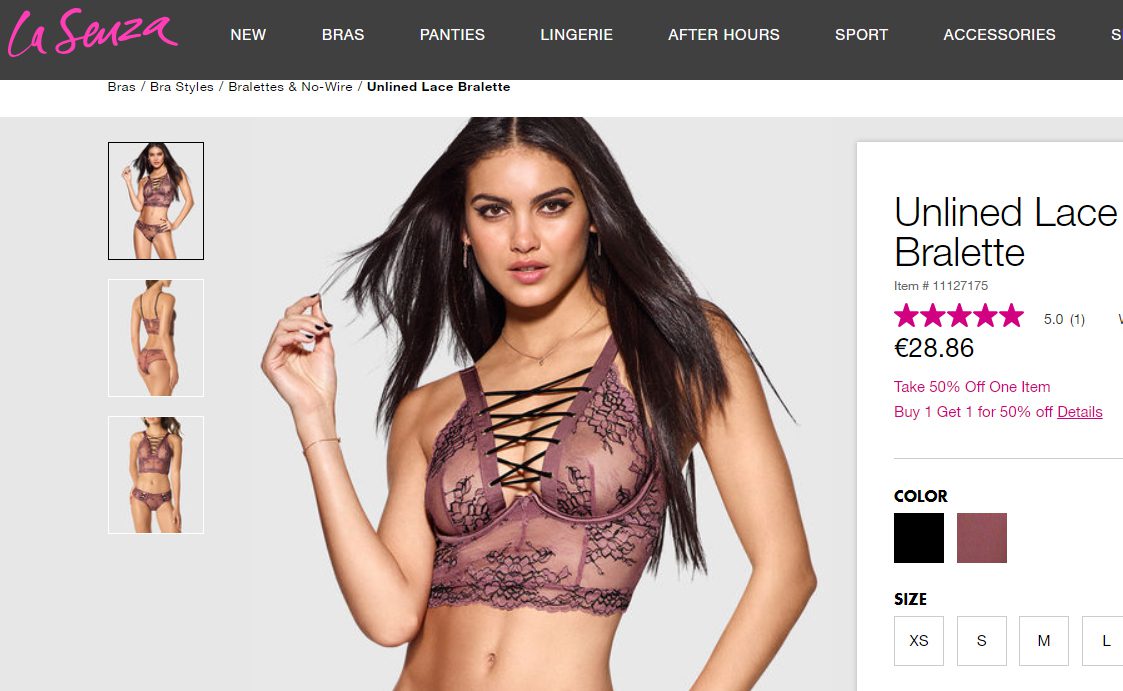 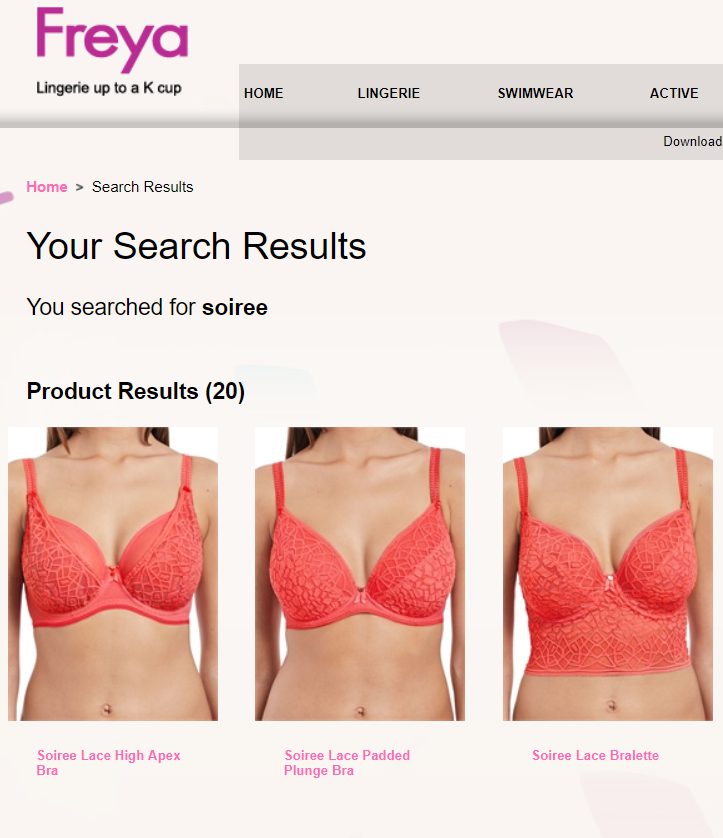 So you add a longline and suddenly it’s a bralette? Nope.

Maybe they do this to make their product seem cool and on-trend. Or maybe it’s for SEO reasons, to lure people in who were searching Google for an actual bralette and then hoping they’ll buy something anyway. I can’t imagine that the highly-trained people designing these things (because it’s not little indie brands mislabelling bralettes, it’s big brands and high-street stores) really don’t know what a bralette is. Probably, the designers are not involved in naming the product online.

Almost without exception, the bras being mislabelled here are ones with a lacy, longline band. Why is that? I think it’s probably got something to do with the rise of ‘festival fashion’ and athleisure. The relaxed fit of a bralette goes hand in hand with these aesthetics, and they’ve been adopted as a type of crop top. Often, they’ll be ones with a longer band (it offers more coverage as outerwear) and for festivals especially, ones made from lace (it’s pretty to show off). Then somewhere along the line, brands started lumping all lacy, longline bras together in the same basket with bralettes.

But ‘bralette’ is not another name for a longline bra. It’s also not just a term for a bra you might want to wear as outerwear. It’s a lightweight, unstructured, wire-free version of a bra. So brands, please start naming your products correctly! And if people looking for a crop-top style piece is really your target market, why not just call them festival bras or bra tops? There are customers searching for those terms too. 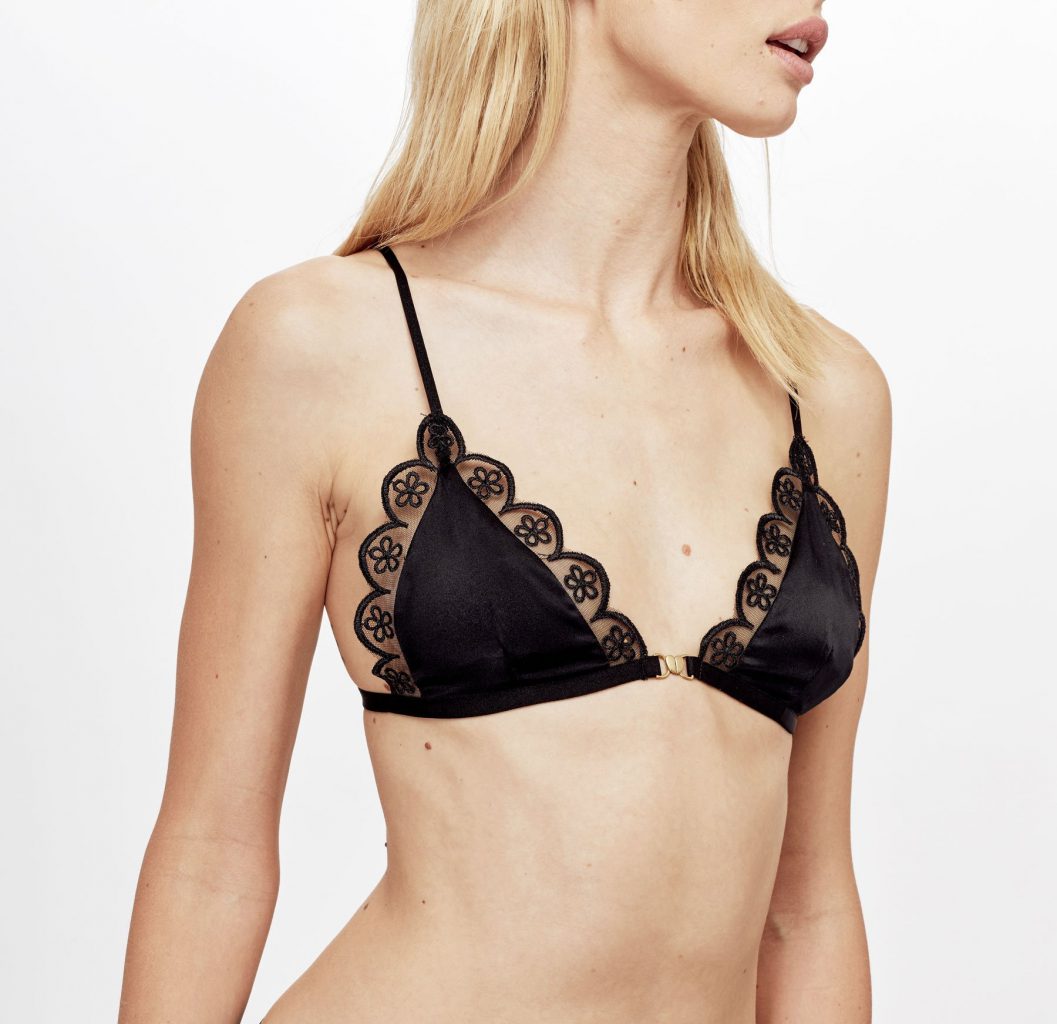 THIS is a bralette. Vanessa by For Love & Lemons 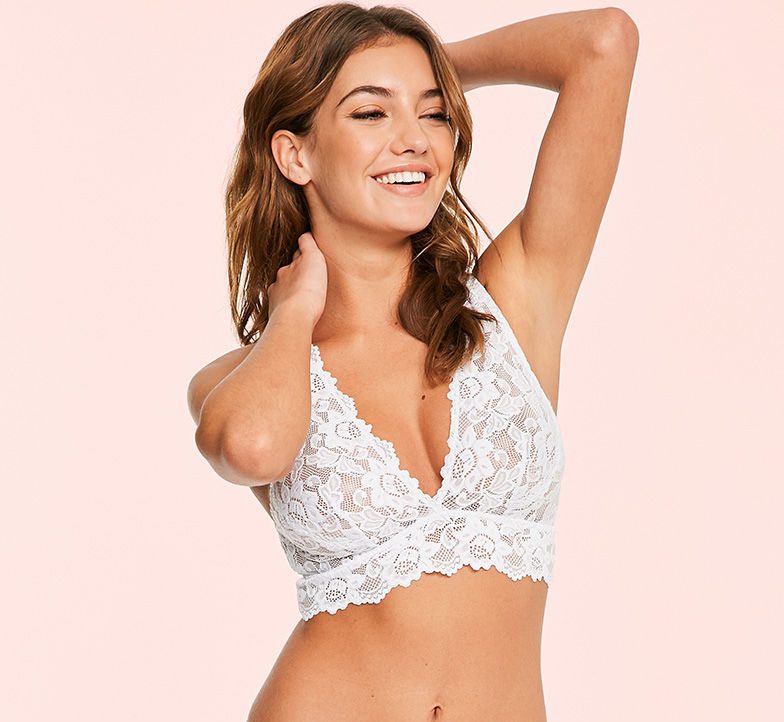 This is also a bralette. Millie Lace by Figleaves. 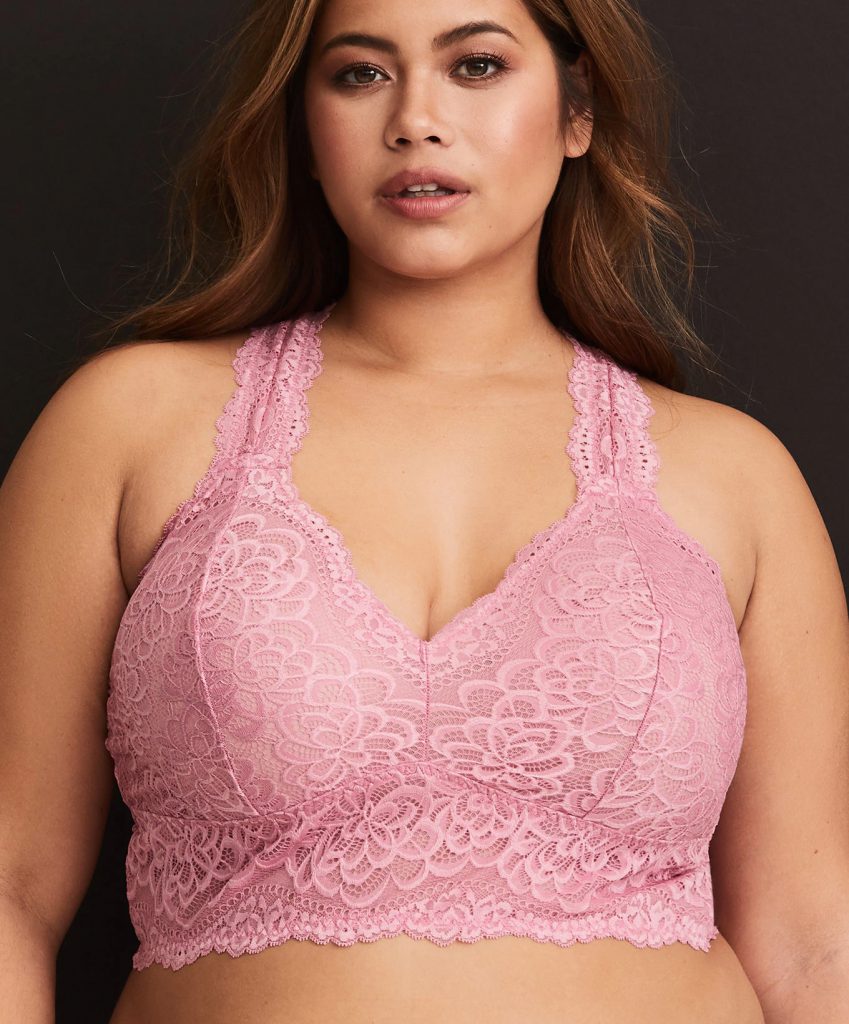 This too. Pink Lace Raceback by Torrid.

What do you picture when you think of the word ‘bralette’? Did you think it meant a longline bra?

The product recommendations directly above are affiliate links
braletteslingerie trends

I agree mostly with the definition of bralette, but I also consider a bralette to be a bra-like garment that doesn’t come in bra sizes, but XS – XL. The suffix ‘ette’ being for both meaning “relatively small in size” and an “imitation or substitute”. “Bralettes” that come in bra sizes are bras whether that’s a longline, wireless or a triangle bra.

That’s an interesting take and not something I’d thought about! I don’t agree personally (I’d still call things like Fornight’s band- and cup-size bralettes bralettes, and a cheap S/M/L bra with a wire a ‘proper’ bra, albeit a poorly-fitting one) but it is intriguing to me to see how ‘bralette’ can mean different things to different people.

On a side note, when something’s padded but otherwise unstructured, I tend to use the term ‘wire-free bra’ rather than bralette, but really there’s no clear-cut separation between the two. For example, Elma’s little triangle-cupped, thin-strapped things that just happen to have some padding are still very bralette-like (https://www.elmashop.co/bralettes/), whereas my Royce English Rose bra (https://estylingerie.com/2017/06/06/review-royce-english-rose-wire-free-bra-brazilian-knickers/) looks and feels much more like a wired bra even though it’s not.