Happy new year everyone! I thought I’d kick 2019 off with something a little different – my first ever attempt at predicting the industry’s next big trends.

When blogging was just a hobby, I never really felt confident enough to do any trend forecasting. But now that I am working in the industry full-time, I’m paying more attention than ever to the styles that are being released, and I’m starting to spot those industry-wide shifts more easily.

I haven’t included strappy lingerie, bralettes or more ‘nudes for all’ skintone lingerie launches on this list – I do think they will all continue to be key trends for 2019, but I also feel like everyone already knows that. So here are five perhaps slightly less-obvious predictions on what we’ll be seeing, buying and wearing in the year ahead.

The high-street is awash with 90s-inspired fashion, and lately it has reached the world of lingerie too. Think bold, brash colours, endless animal print, Calvin-Klein style logo waistbands and trims, and corset/basque inspired lacing details or hook-and-eye fastenings on the fronts of bras.

Sets designed with matching chokers are also popular right now, mostly on the indie design scene though I wouldn’t be surprised if larger brands soon pick up on this too.

We may even see a slight return of the ‘ultra push up’, though not to the extent that they were popular two decades ago – as already mentioned, unstructured bralettes are definitely sticking around! 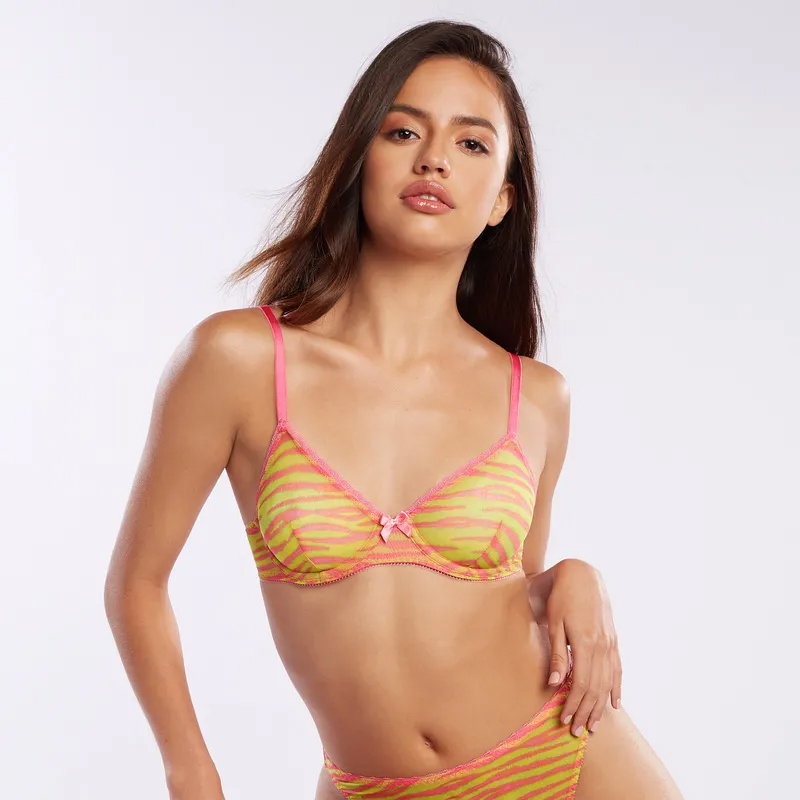 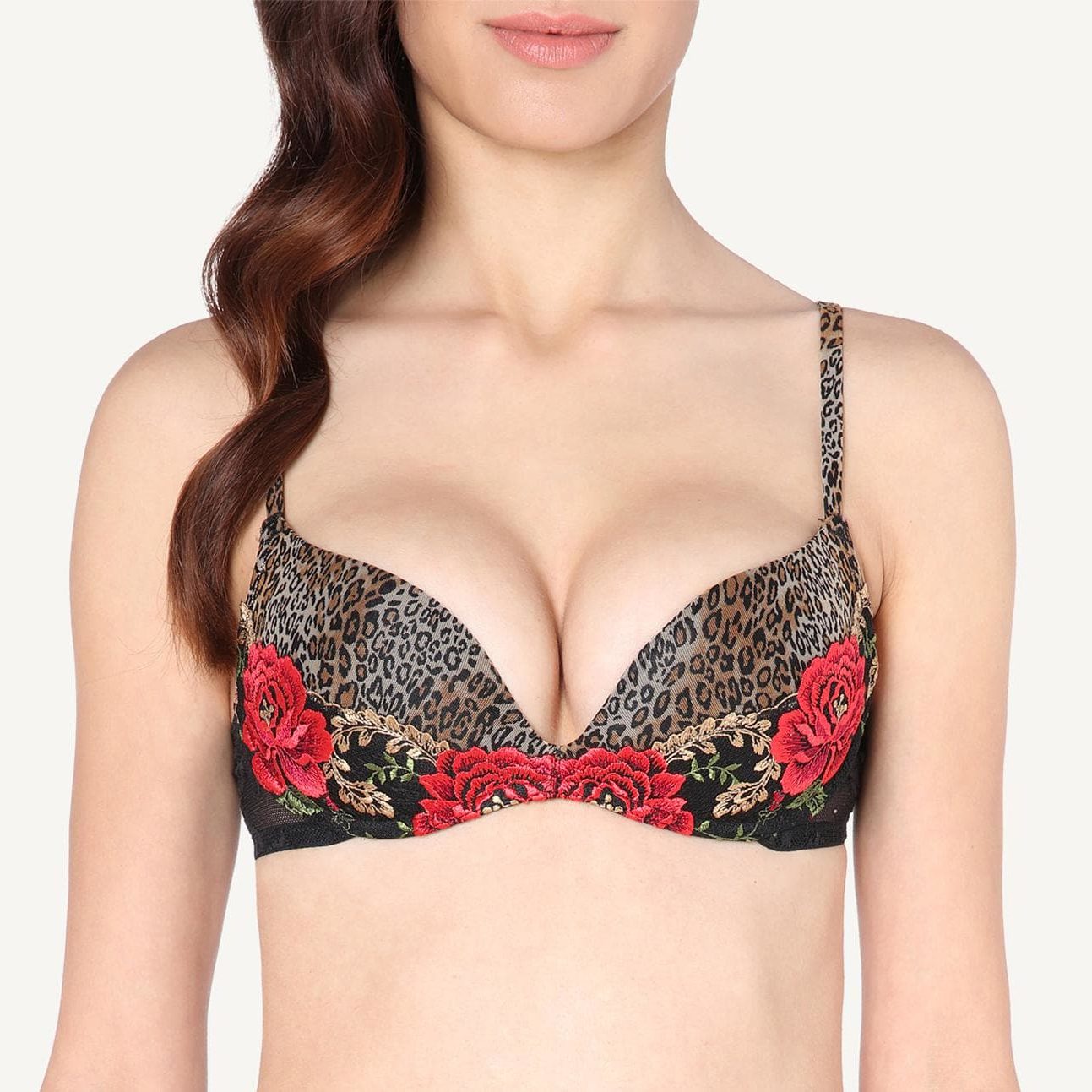 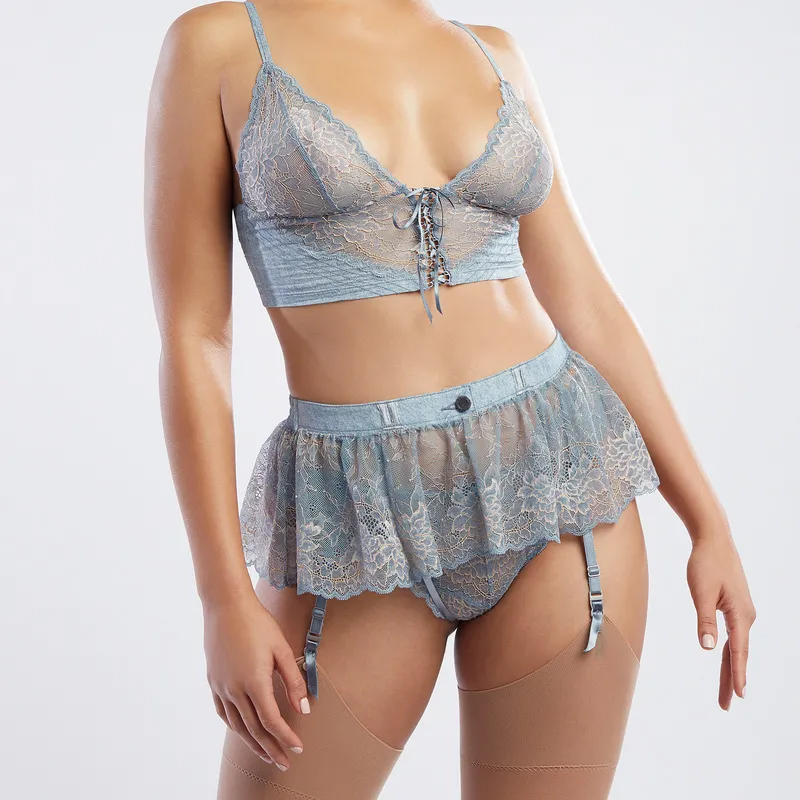 Alongside all the leopard and snake prints, there’s another pattern that I expect we’ll be seeing a brief resurgence of – tartan. Plaid for my US readers. And from what’s out there so far, I think most of it will be in the classic, red and black colourway. 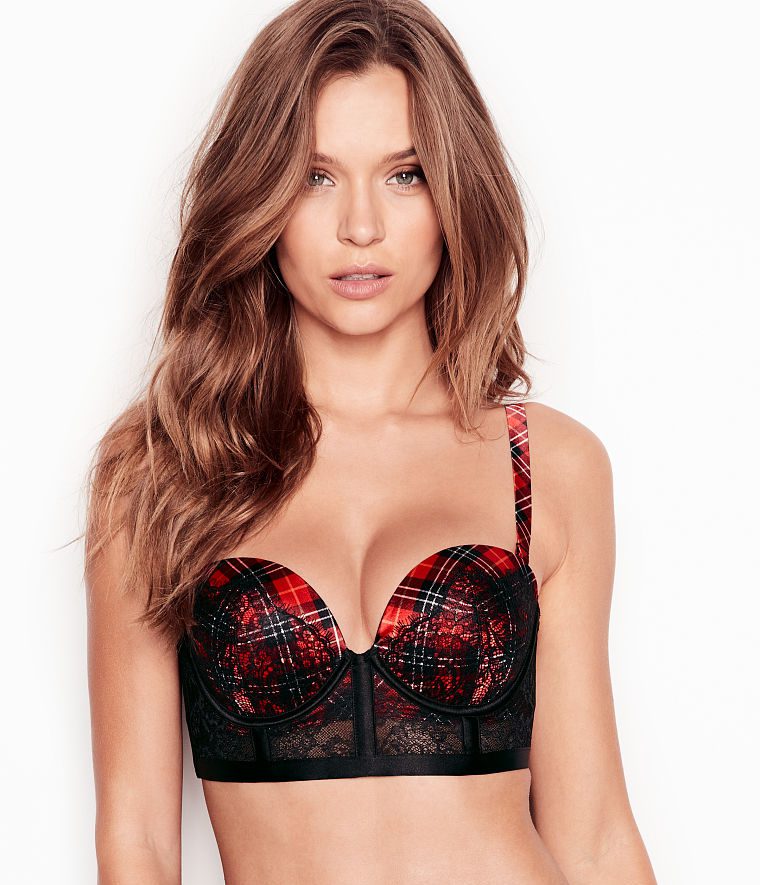 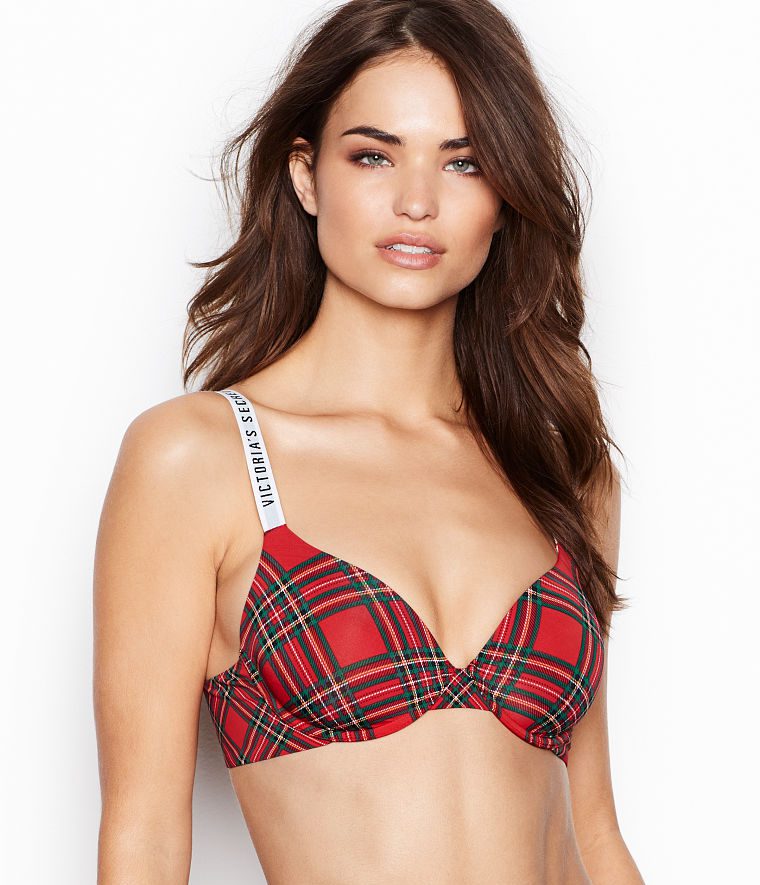 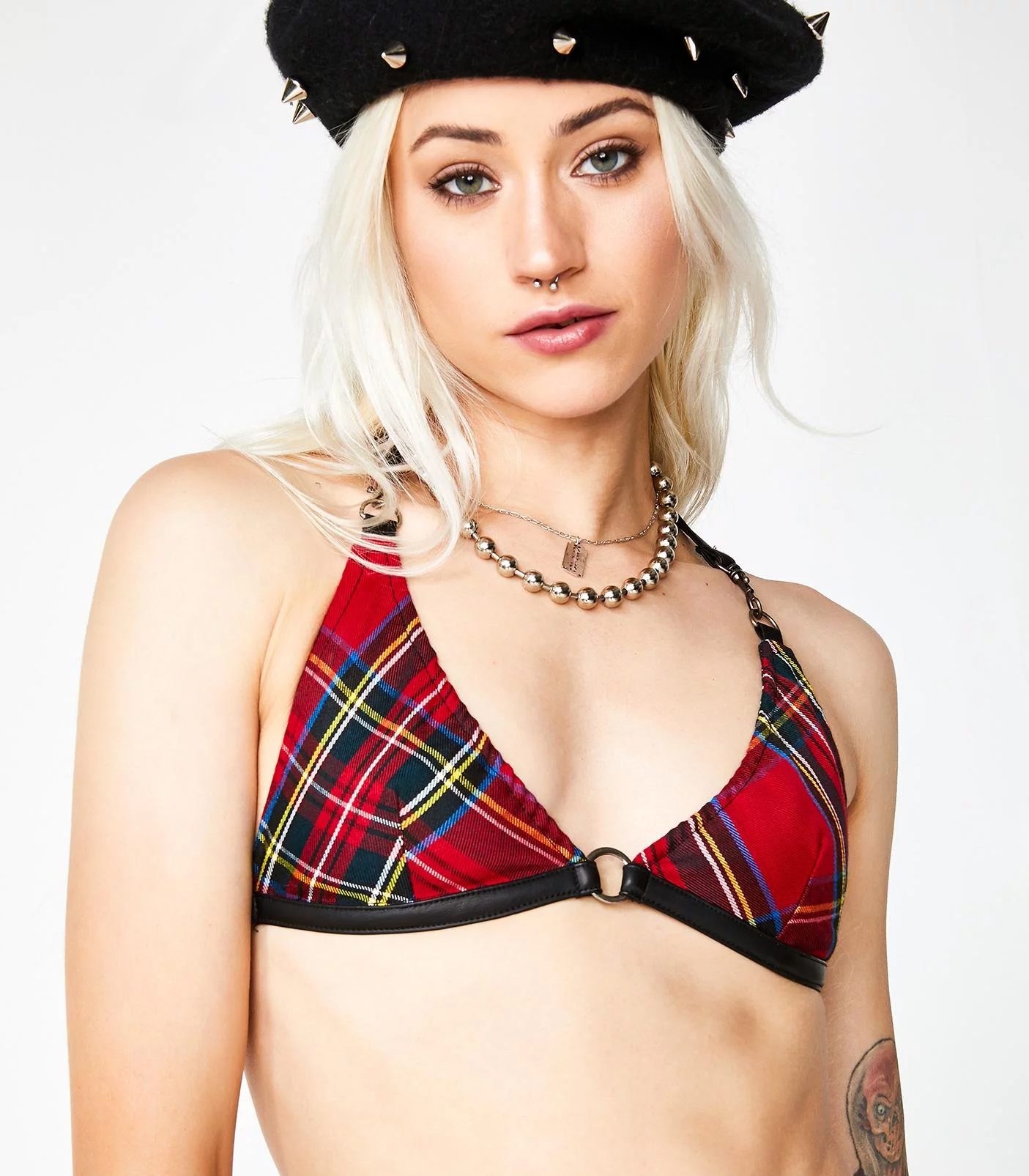 The bralette trend has ushered in a newfound love for longline bras – ones with bands that extend down the ribcage. Often made from pretty lace, these longer styles are a popular choice to style as outerwear, as a type of crop top. It’s become such a coveted look that many brands have started putting longline bands on wired bras too (albeit often mislabelling them as bralettes along the way).

So while we’re already seeing a lot of longlines springing up where they weren’t before, in 2019, I predict that they’ll be everywhere. 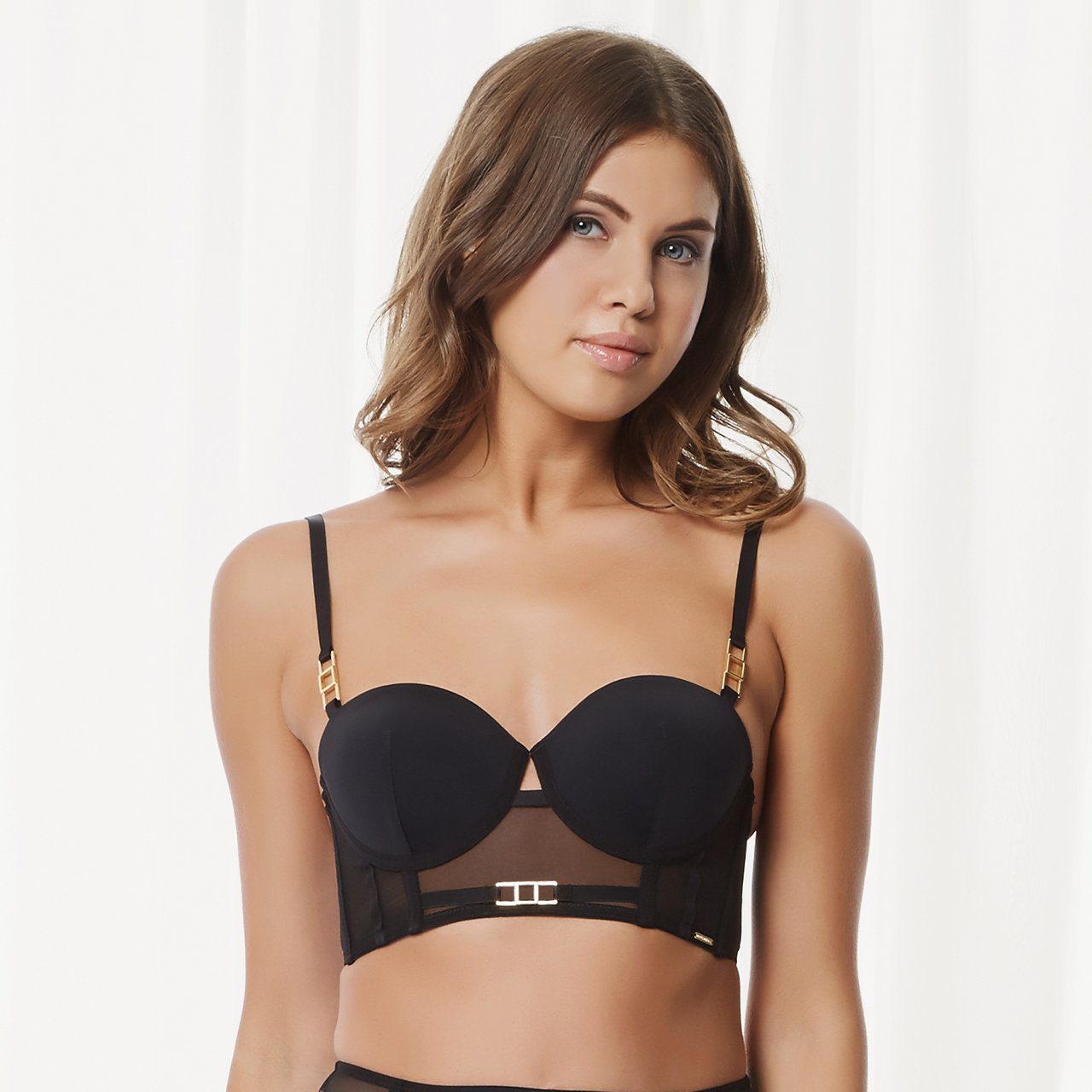 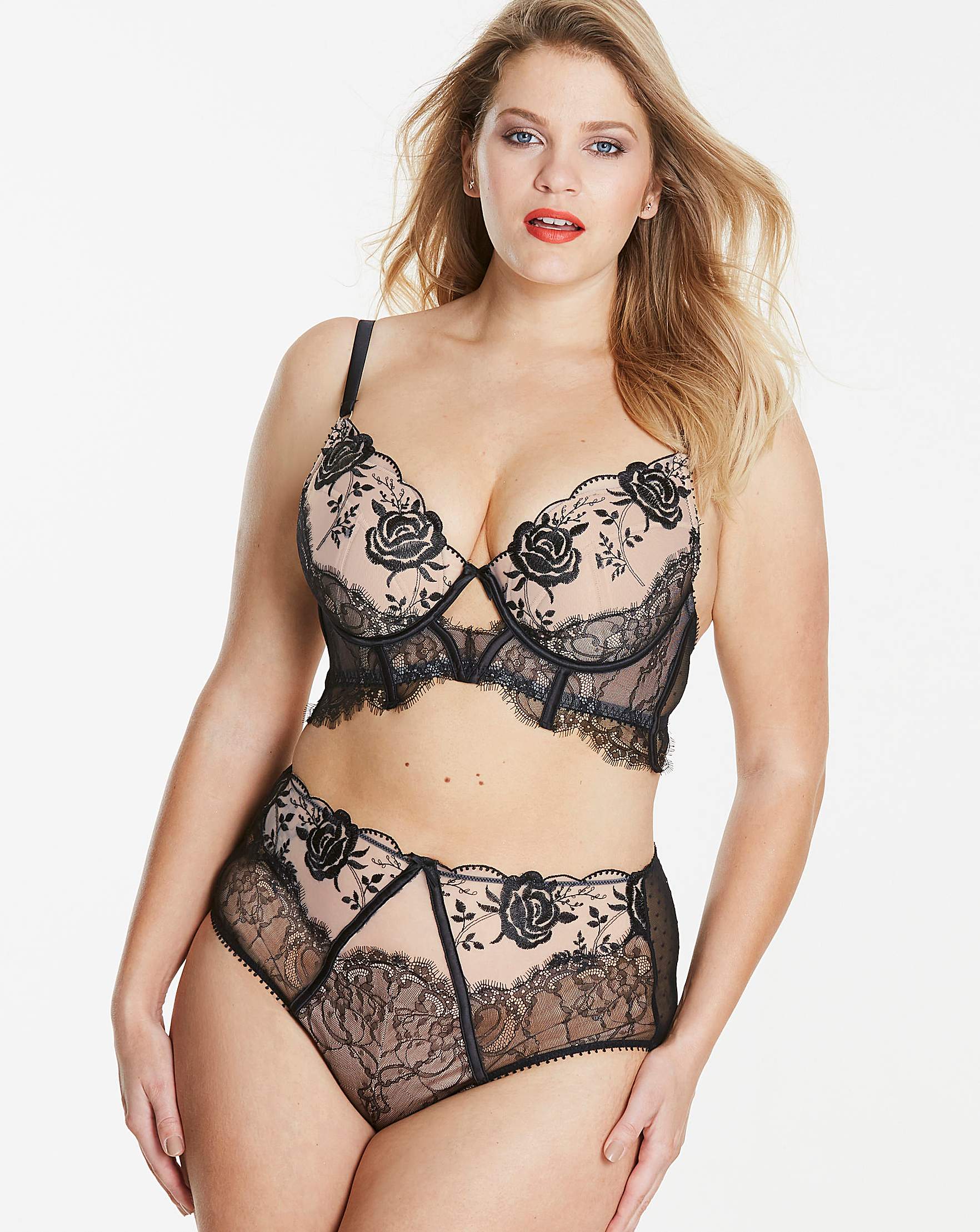 Also influenced by the bralette trend, I think we’ll be seeing a marked increase in unmoulded wired bras, especially ones made from sheer mesh or lace. These capture that lightweight, airy feel of a bralette, but for customers who want to keep the level of support that they are used to. Because let’s face it, bralettes may be in vogue but they aren’t everyone’s cup of tea. 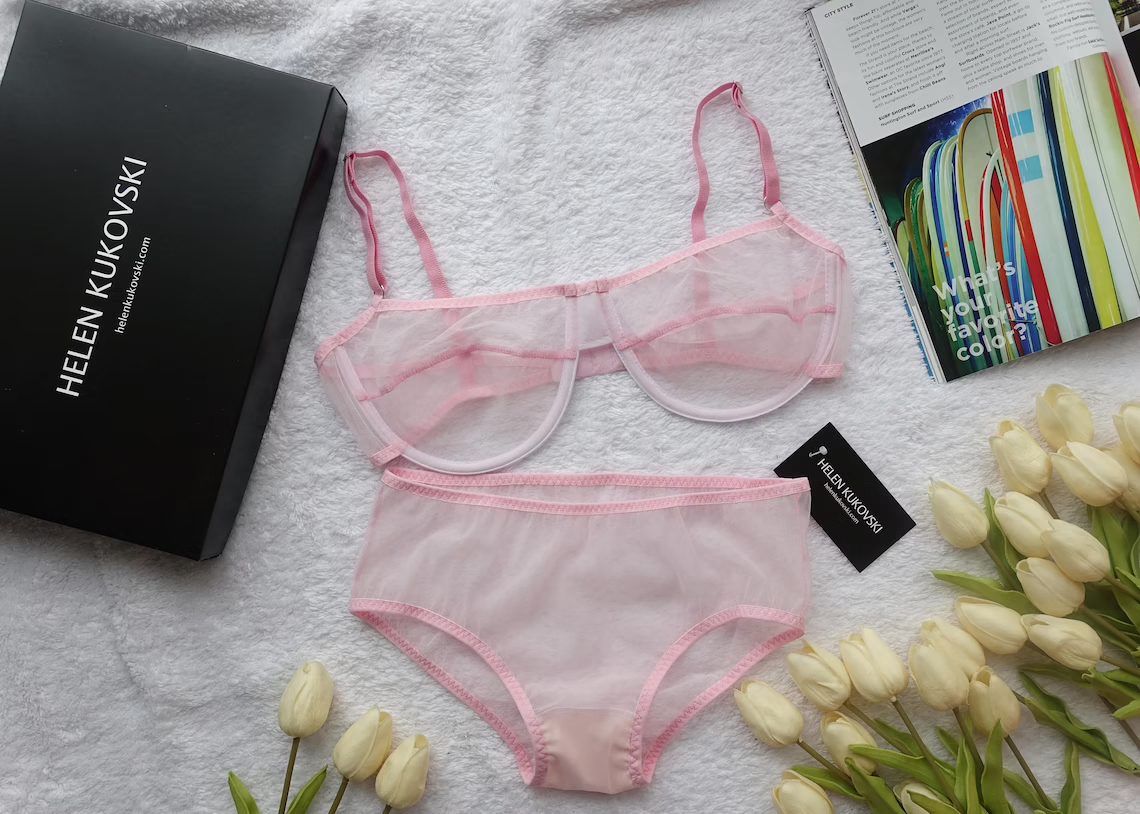 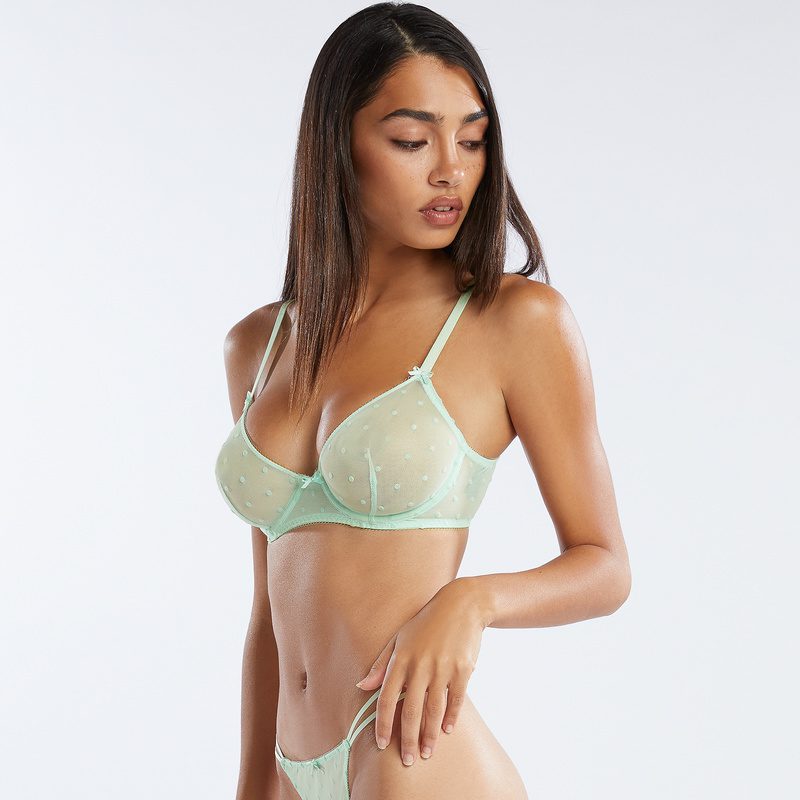 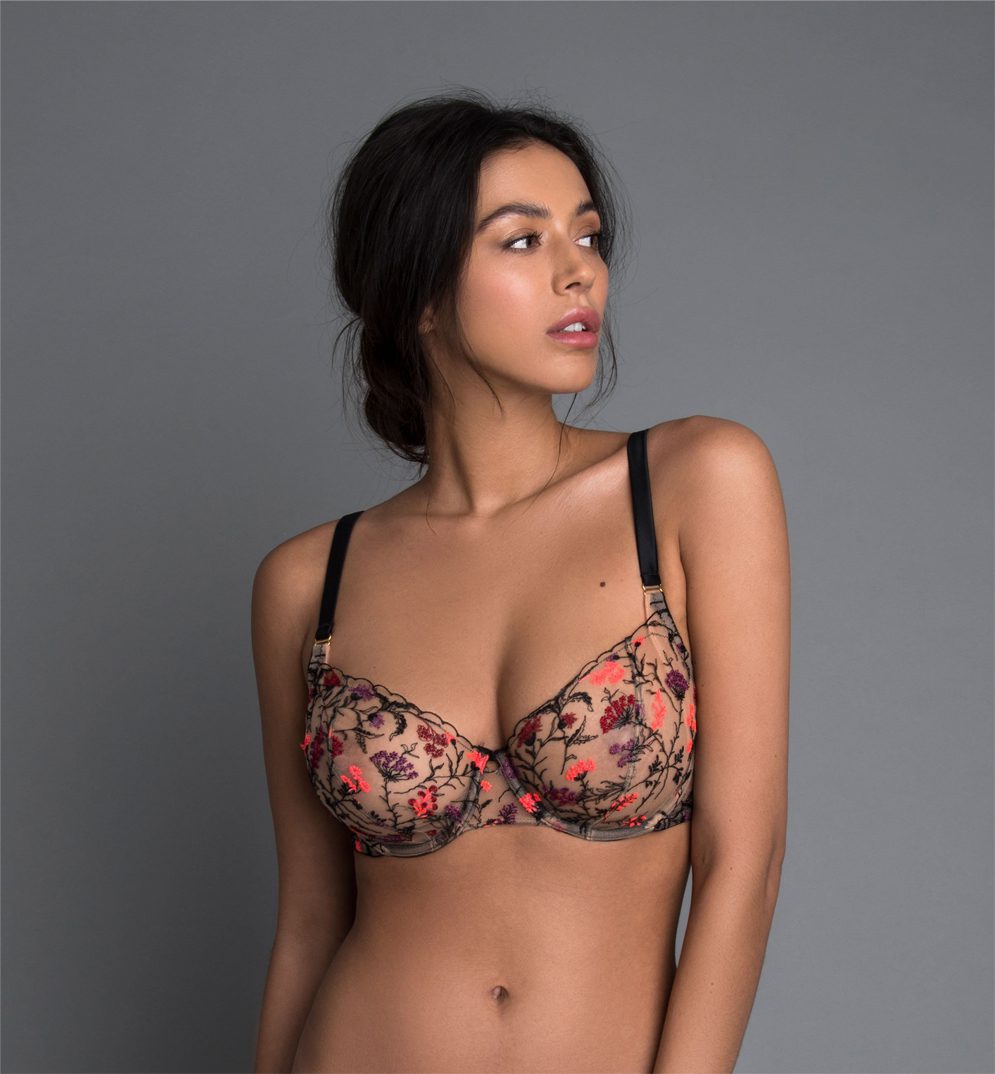 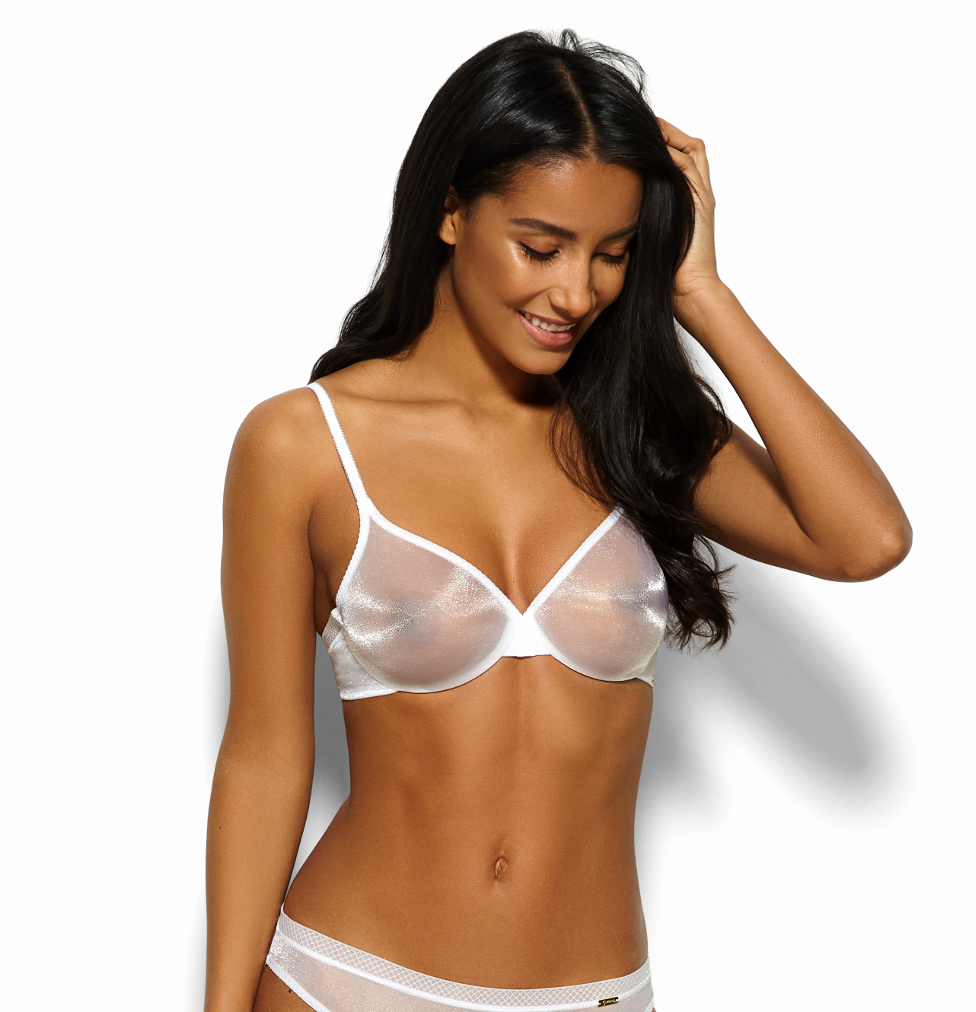 This one’s not a trend as such, just a general prediction. Over the past few years, various Kickstarters and startups have launched that all hoped to reinvent the bra. Many focussed on creating support without the need for an underwire. Take a look at Trusst’s moulded plastic ‘truss’, Evelyn & Bobbie’s ‘EB core’, and the now-defunct Silent Assembly’s ‘Curvessence technology’ for example.

I firmly believe that standard metal underwires are going to be around for a long, long time to come. They’re cheap to manufacture, and for most people they work just fine. Great, even.

That said, I do think that the popularity of these newer options (Evelyn & Bobbie alone raised over $400,000 in pre-orders) shows there is demand for something different. And combined with advances in 3D printing, that makes it likely we’ll be seeing more and more of this kind of thing. So in 2019, I’m predicting that at least one more ‘underwire alternative’ will hit our newsfeeds. 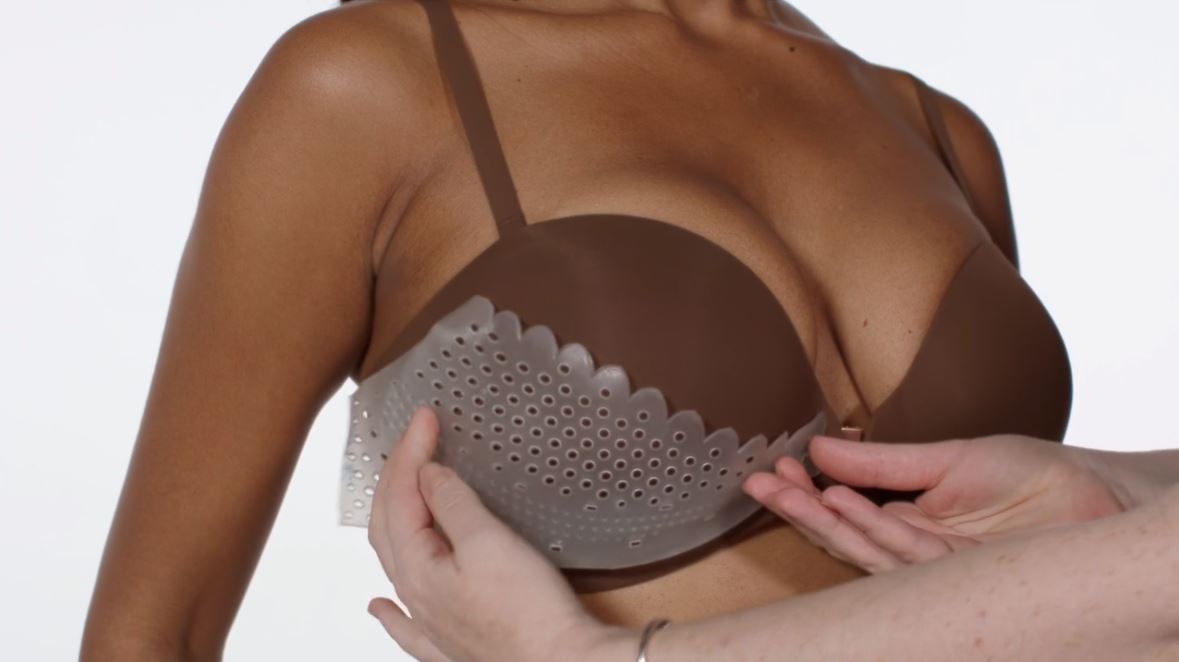 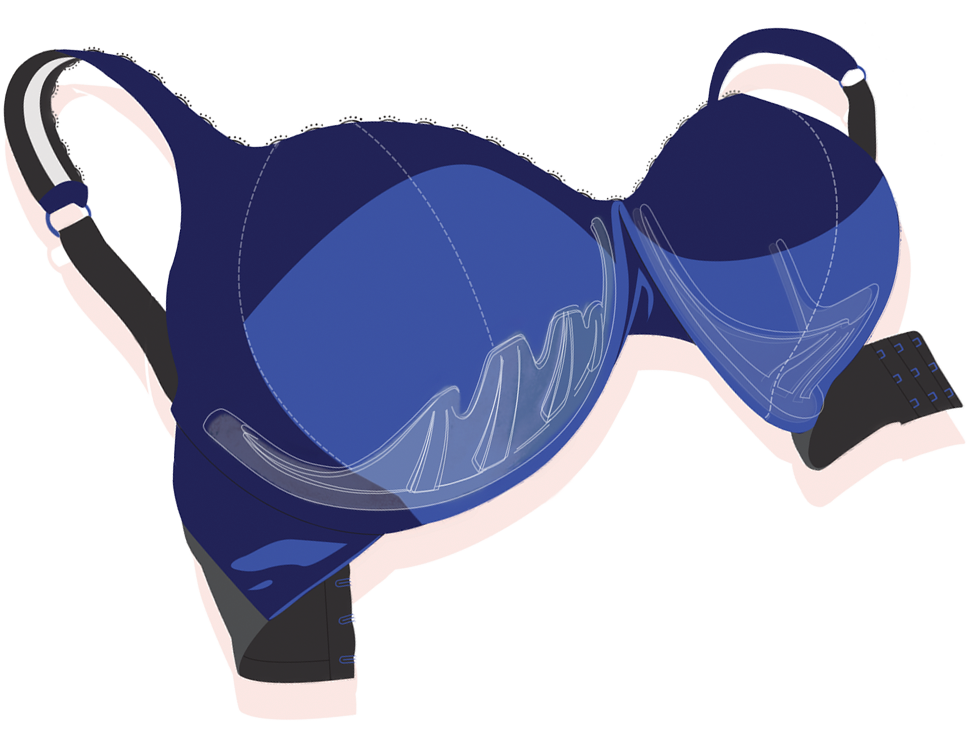 Those are my five 2019 lingerie trend predictions – if I remember, I’ll come back to this post at the end of the year and see if I got them right. In the meantime, let me know if you agree or disagree with any of them, and feel free to make your own trend predictions in the comments below!